An explosive start to all three periods helped the Humboldt Bronco to an edge as they handled the Notre Dame Hounds in a 7-2 Broncos victory. The Broncos capitalized on three goals shortly after the opening puck drop in each period, all three on account of crisp passing and impressive forward speed.

The hometown season opener scoring got underway just 17 seconds in as Ben Kotylak connected with veteran Sam Marburg for the strike. The Broncos kept the pressure on, but Hounds goalie Ashton Billesberger shook off the early lapse to keep the Broncos out of the net for the rest of the period.

Just 43 seconds into the second frame, rookie Jace Benvie took advantage of the early power play to bend the strings off a set up from Lucas Ceccarelli and newcomer Xavier Roy. Just over a minute later, Kotylak notched his first of two courtesy of Roy and hometown product Noah Barlage. Hot on the heels of that goal came Ciccarelli's solo effort to make it 4-0 for the Broncos.

Notre Dame's lone goal of the period came off the stick of Will Dawson, but two minutes later, the sure hands of Carsten Kayter and Roy targeted Ben Kotylak for his second marker. Kotylak would pick up the Broncos player of the game for his efforts.

The intensity heated up throughout the game and the penalty minutes mounted with neither team wanting to budge. Another power play at the start of the third paid off for Bronco Lucas Ceccarelli with his second goal of the evening. Hounds Antoine St. Onge returned the favour on the power play with a goal from Sam Kroon and Jared Sych.

A couple of goaltender interference calls against the Broncos sent Ceccarelli off the ice for the night as the game action focussed on a hard hitting brand of hockey. As the penalties and misconducts were tallied, Daylan Weigel put a pin in the scoring off Cage Newans and Kayter to make the final 7-2.

The game was prefaced by the Broncos Pregame Tailgater complete with a road hockey pickup with the Broncos, activities for the kids, visits with mascot Blaze, and a great pre-game supper served up by Broncos staff, board and volunteers. A return performance by popular country and roots performer JJ Voss added to the celebratory atmosphere.

Broncos will be back on the ice this weekend in a home and home against the Melfort Mustangs. 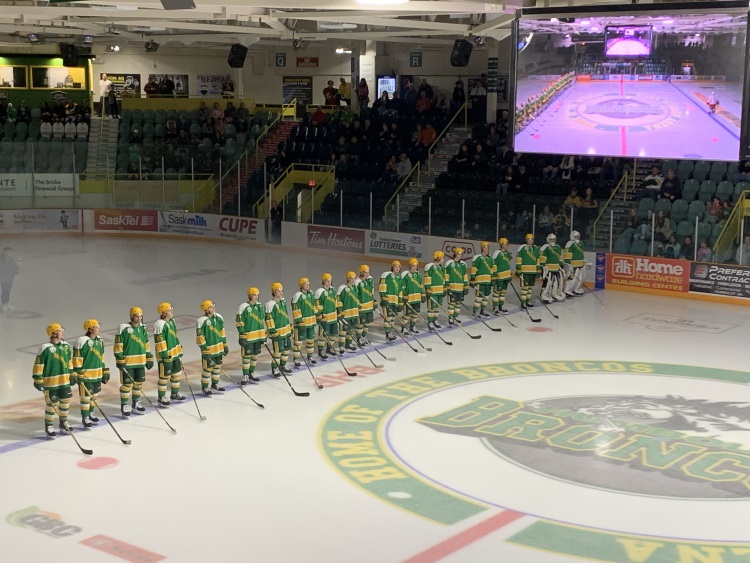 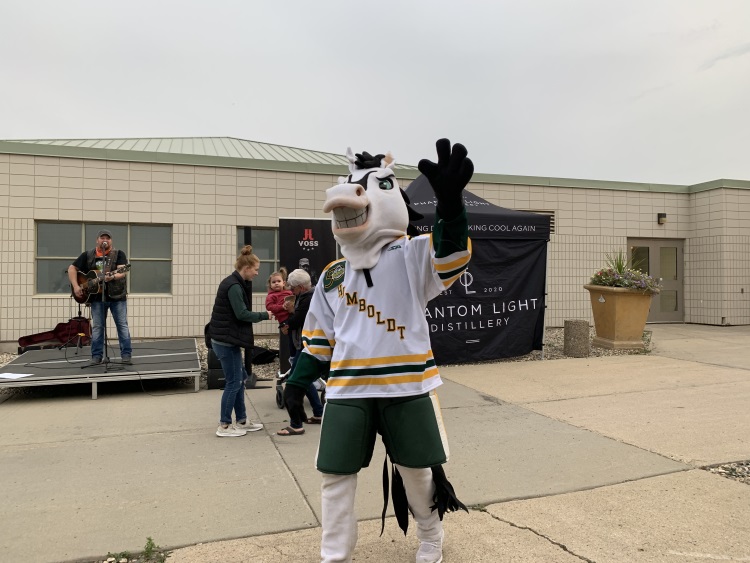 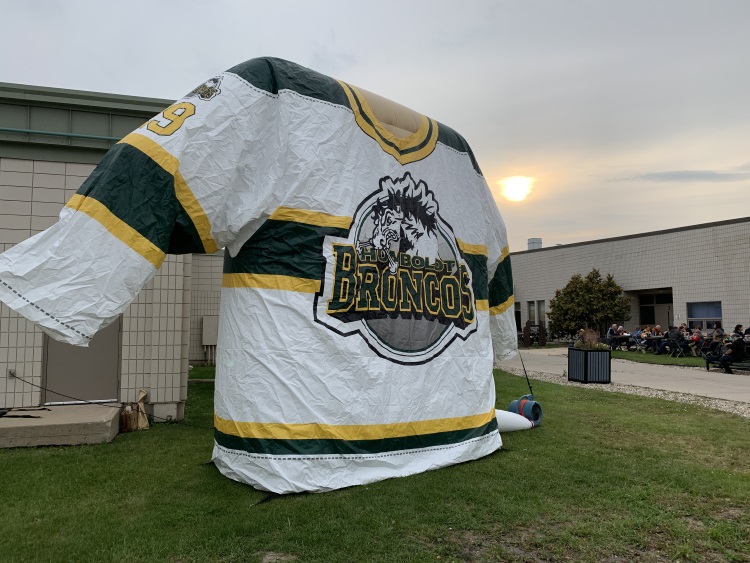 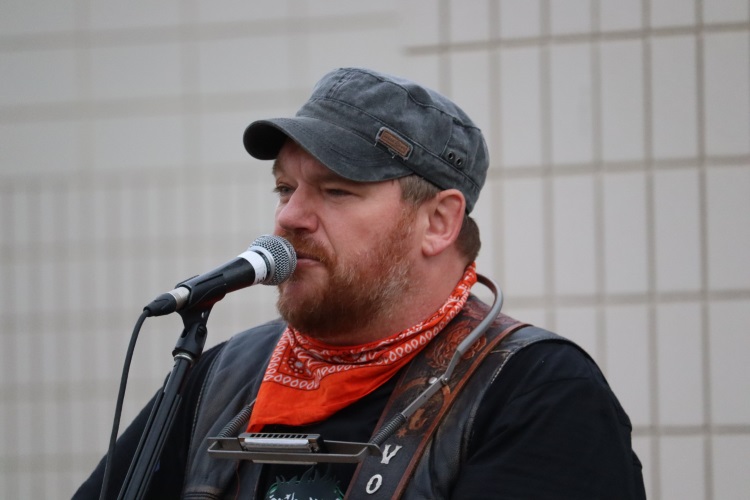