Dancing Sky Theatre invites us "home" with Barry and Jonas

Dancing Sky Theatre in Meacham welcomes spring and a return to indoor performances with a lighthearted look at getting older. Its latest production is Jonas and Barry in the Home by renowned Canadian playwright Norm Foster. The play, opening on April 29 and running until May 15, explores the importance of rediscovering joy and connection, an important theme for our times, says Artistic Director Angus Ferguson.

“We kind of felt that everyone could use a laugh now,” says Ferguson. “It hasn’t really been the funniest of times.”

For their first foray into indoor theatre in almost three years, Ferguson and crew head to a seniors’ living facility to explore the relationship between an “odd couple” buddy pairing with Jonas and Barry. The production welcomes the return of two longtime friends of Dancing Sky, veteran actors Kent Allen and Blaine Hart. They are joined by Dancing Sky newcomer Abbey Thiessen as Rosie who helps the two residents navigate their personal journeys together.

“One of them (Barry) isn’t that old, but has just kind of given up on things,” Ferguson remarks on the characters. “He’s gone in because his daughter works there, and she got him in. She can keep an eye on him because he has heart problems, and he’s just kind of hanging around.”

Enter Jonas whose joie-de-vivre stands in direct contrast to Barry’s world-weary and morose approach, and the stage is set for laughs and heartfelt moments. It’s a theme that has parallels to our own times, says Ferguson.

“We’ve all been hiding away in seclusion for a couple of years, so this is a show about reconnecting, going out and rediscovering connections with other people and being part of a community. The story felt right for all kinds of reasons.”

Dancing Sky has always had a strong connection to the U of S Theatre Program and its performing branch, the Greystone Theatre. From this world comes Katie Blackburn-Dust, a trained theatre technician, who will be the stage manager.

Patrons who have been away for a time will appreciate the expansions Dancing Sky has undertaken in their extended off-season. The larger dining room provides for greater spacing, and a new dressing room space has been added for the actors.

“Our chef Ernie is back and he has a magnificent meal prepared for us. For those travelling, they can book ahead for a home cooked meal.”

It’s all systems go on all fronts with the return of Dancing Sky Theatre and its first production of a new season, Jonas and Barry in the Home. For tickets, call On the Boards box office at (306) 653-5191 or visit dancingskytheatre.com. 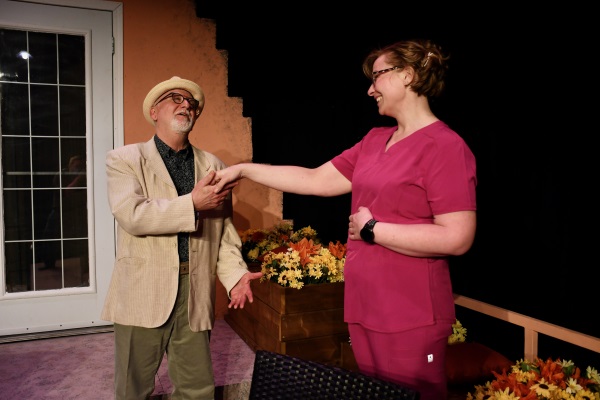 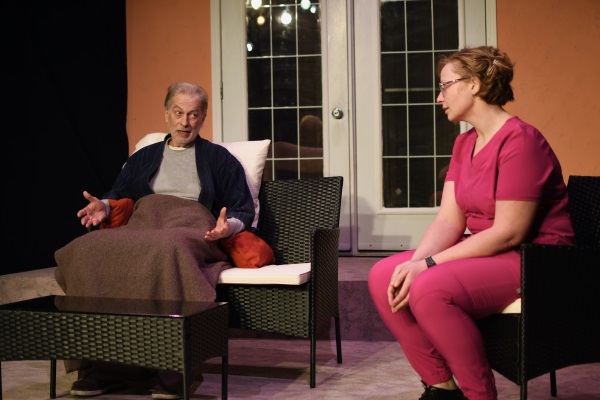