Written by Maury Wrubleski Monday, May 30 2022, 8:00 AM
Article continues below advertisement ↴

The Horizon School Division continued on its Seven Generation Walk with the unveiling of a series of eight stunning photographs, each of which portrays an element of our historical path to today and charting ahead toward Truth and Reconciliation. Division staff, board members, and invited guests gathered to participate in a pipe ceremony, round dance, honour song, and learn more from First Nations and Metis citizens and elders, all walking the path to Reconciliation.

Those assembled were welcomed by Bryan McNabb, Jr., Superintendent of First Nations Education. He explained that the day and the unveiling of the photos was orchestrated by various staff at the Division, and spearheaded by McNabb, photographer Melanie Gray, and instructional coach Amanda Moosemay. Each of the photographs are accompanied by teachings provided by Gray’s aunt, Lorraine Mcrae and the Chippewas of Rama First Nation Social Services Team.

“The Board has been very passionate about Truth and Reconciliation, but also just the learnings that need to happen within the school division with our teachers and with our children,” affirmed Director Kevin Garinger.

McNabb, Jr. explained the rationale behind the Seven Generations Walk.

It’s no longer a matter of pointing fingers or blaming, according to McNabb, Jr., but it's now the time for walking a path together toward Reconciliation, which he notes is not a destination, but a journey.

Indeed, it was McNabb, Jr’s father, Bryan McNabb, Sr., along with George Longman of George Gordon’s First Nation who welcomed all into the tipi for the pipe ceremony and teachings. McNabb, Sr. is firm in the belief that First Nations teachings and traditions must be open to everyone.

“Our forefathers taught us about forgiveness. Inclusion shows that forgiveness. I’ve never really done ceremony with a non-Indian, but times are changing and we have to remember that when we include people, it’s a form of forgiveness. We’re all one people regardless of colour.”

Eight presenters interpreted the eight photographs and teachings which will be placed on a wall that is being specially prepared in the Division Office. The morning concluded with a specially prepared lunch for those in attendance.

Enjoy the gallery of the photos taken by Melanie Gray with the support of Amanda Moosemay, along with the audio of the presenters' interpretations. 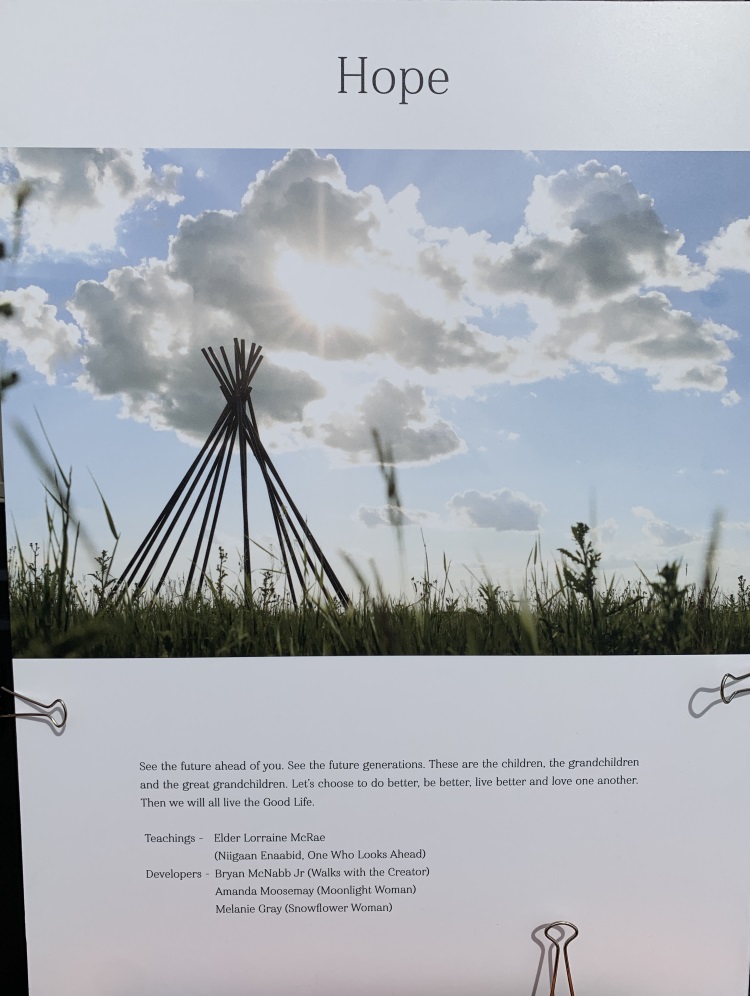 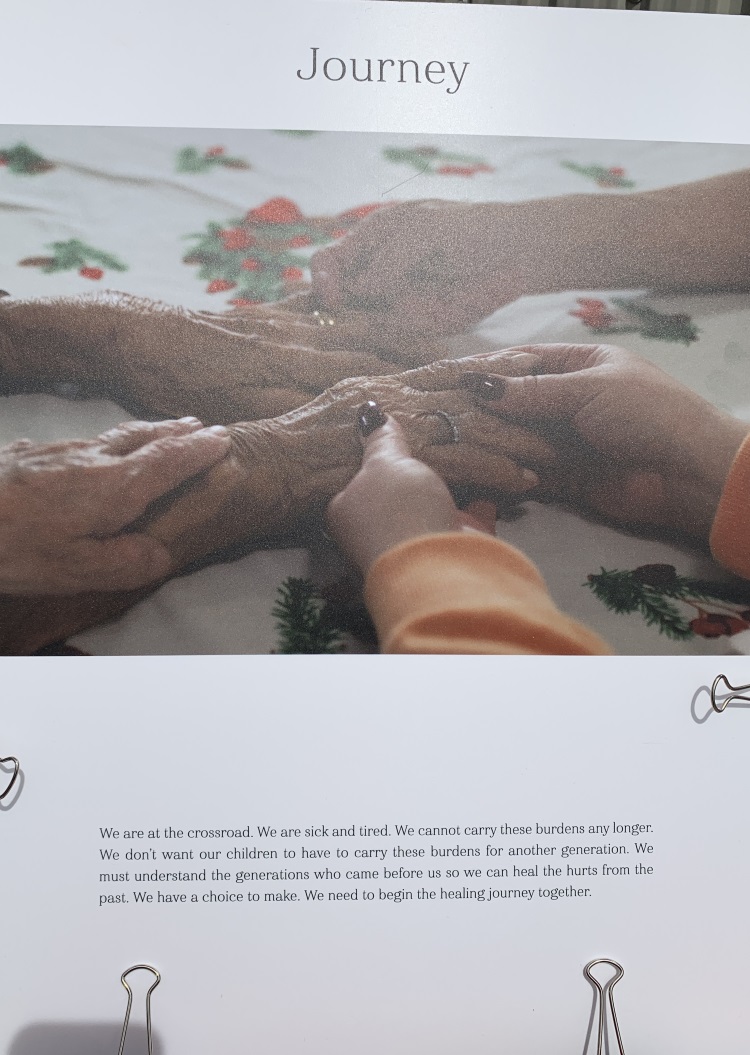 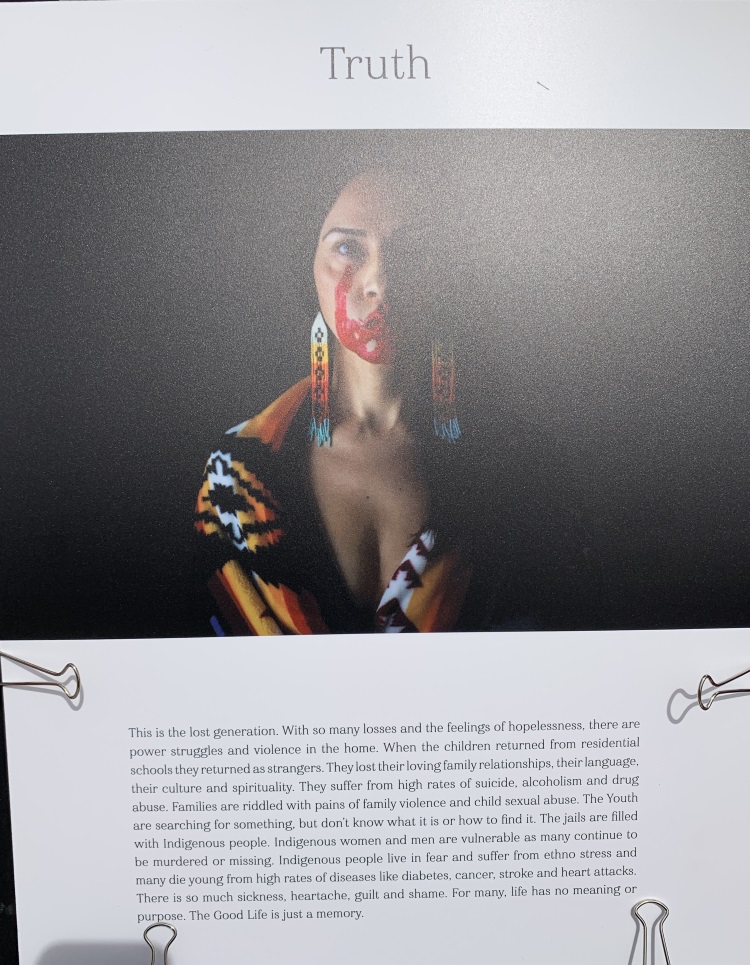 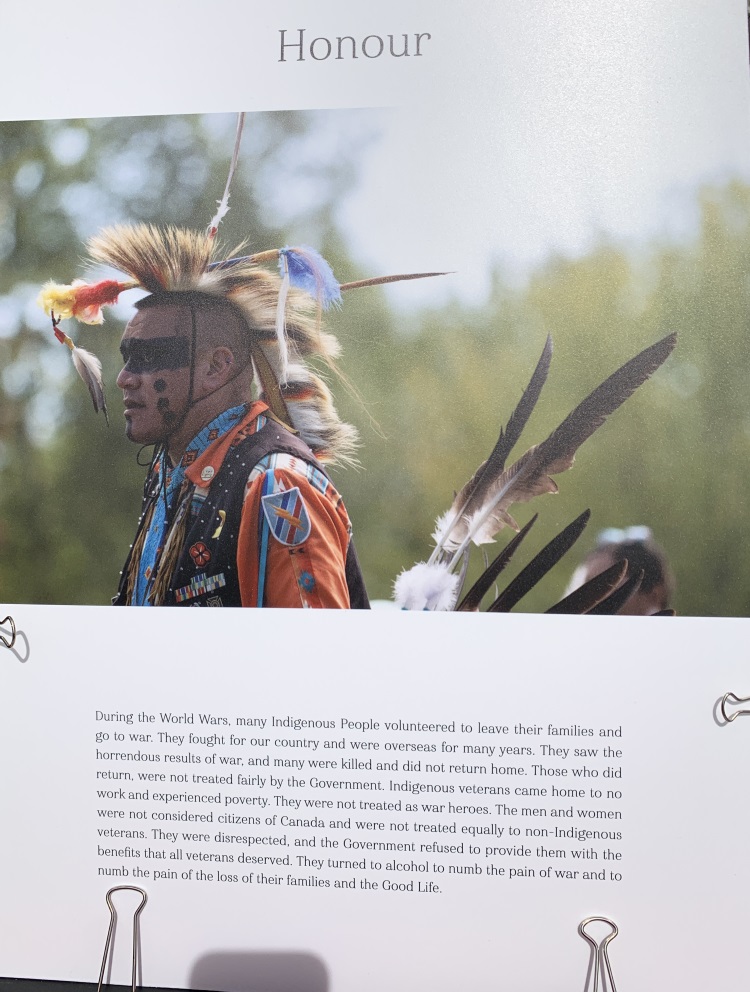 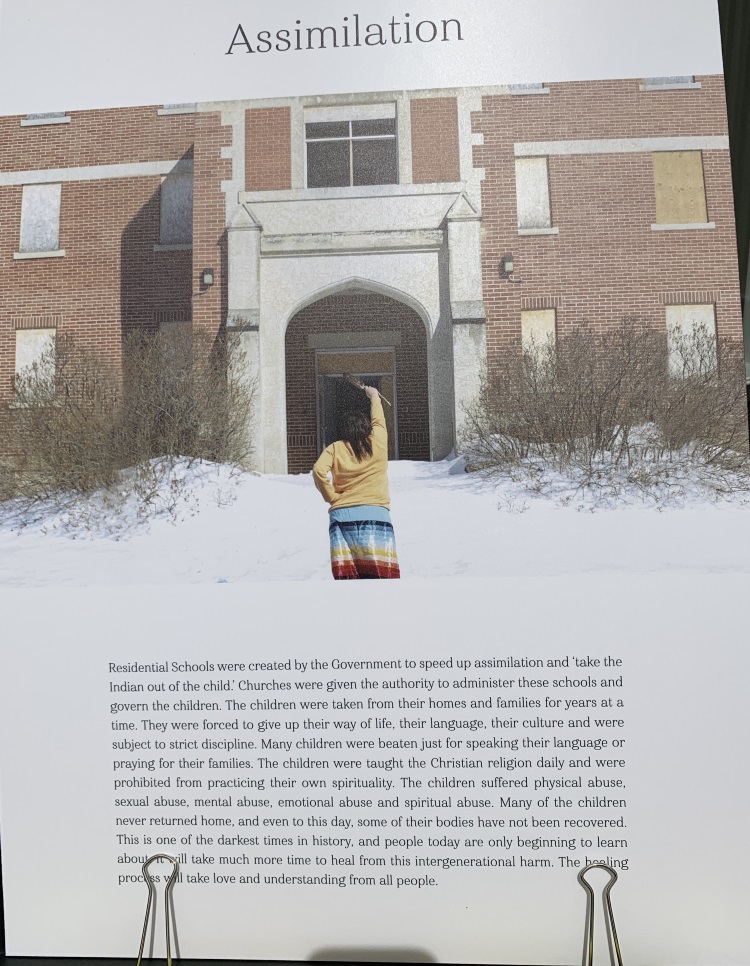 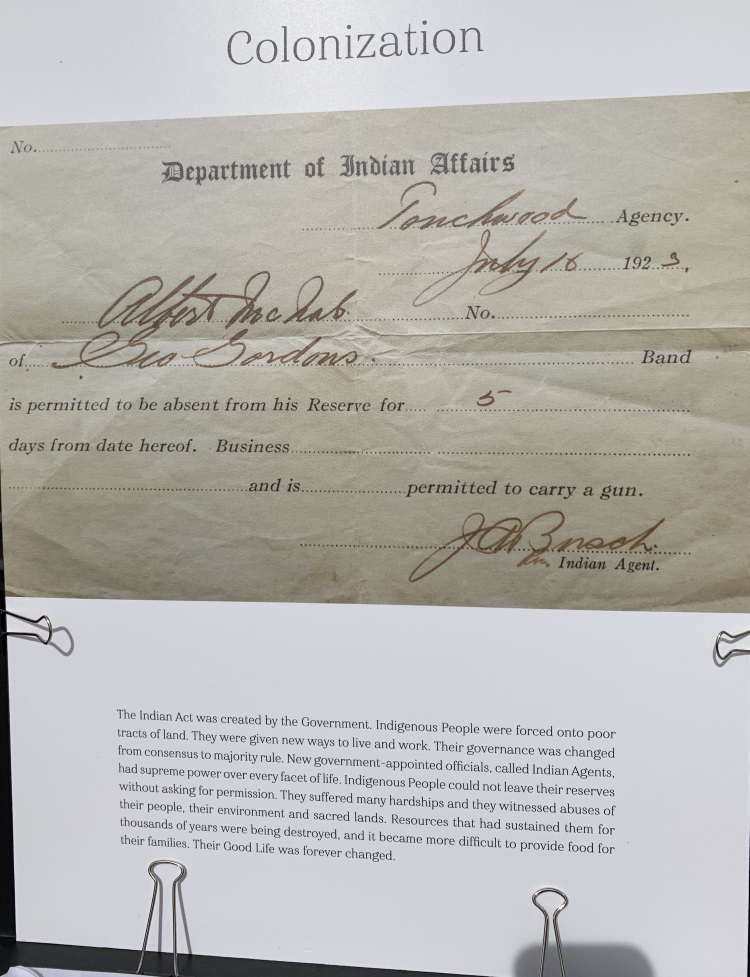 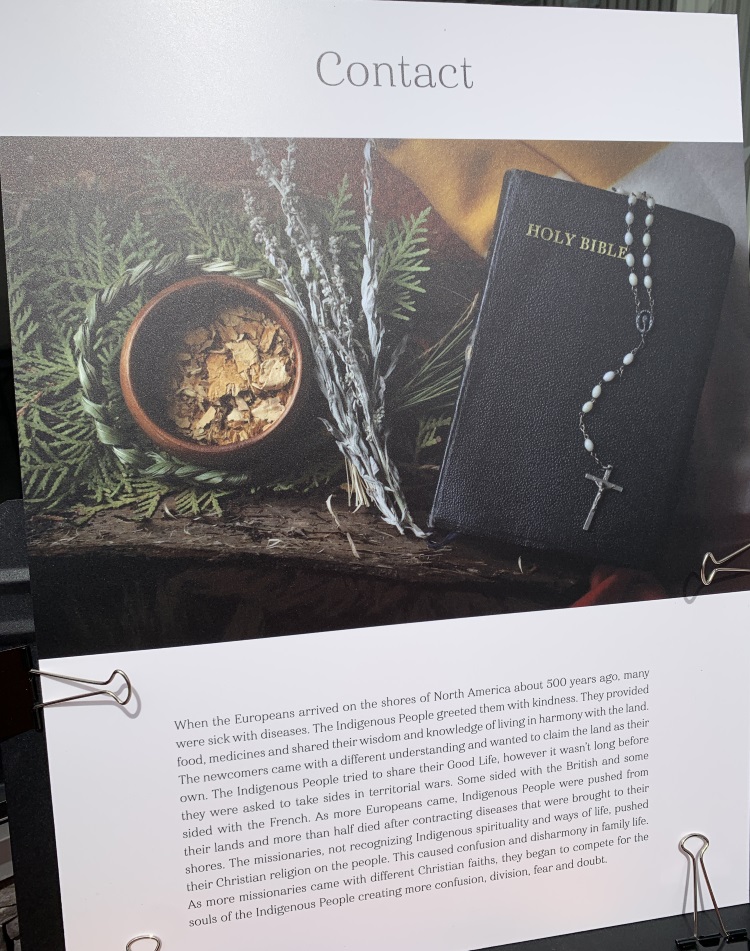 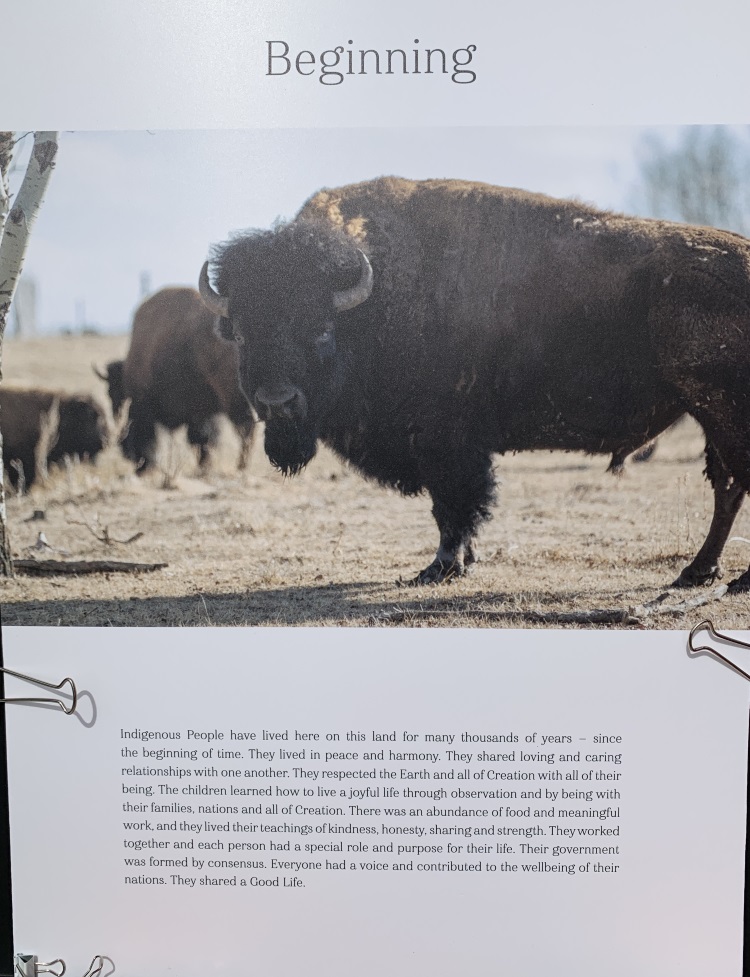