Written by Maury Wrubleski Monday, May 02 2022, 8:36 AM
Article continues below advertisement ↴

Like the changing of the seasons, birthdays mark the passage of time. For a long time, Lake Lenore resident, Julie Gerwing who is now living in Humboldt, the entry into her 101st year has already been memorable. Julie turns 100 on May 2, and while she has already celebrated a party with family and friends, the celebration will continue into the spring and summer. Julie is set to take up the Grand Marshall seat in this summers’s Lake Lenore Heatwave parade.

Julie Gerwing originally hails from the Ituna region, the daughter of Ukrainian and Polish immigrants.  Her family moved closer to the community following the loss of her father.

The War years intervened and Julie says she moved east to Toronto because that’s where the jobs were. She was employed by De Havilland Aircraft who made planes for the war effort.

“I was a clerk in the shipping department,” she recalls. “There was an office there, and we were doing office work. I even played ball there. There was a De Havilland team, and we’d go out of town and play ball.”

Julie and her sister made their way back to the prairies in 1945. She recalls on the westward drive through the rugged Canadian Shield, there was no radio reception. It wasn’t until the pair took a break for lunch in a diner along the way that they found out the news about the V-J Day announcement and that the war had ended.

Julie returned to Ituna to take up several jobs following her trek east. She worked in the parts department of the Massey-Harris dealership and in the Red and White Store. In the meantime, Julie’s older sister had been working in an established law firm helmed by John G. Diefenbaker and John M. Cuelenaere. After marrying a sailor returning from service, Julie’s sister and her husband embarked on their new life in Lake Lenore. It was on a visit to her sister that Julie first met her soon to be husband, Gerhard Gerwing, who lived next door.

“I met my husband there because he was fresh out of the army, and he was trying to settle down. When I met him, we got married.”

In her 100 years, Julie has seen remarkable changes from her earliest home that had no electricity and no running water. She recalls the earliest washing machine being gas powered with a foot pedal that fired up the unit with a cacophony of pops and bangs.

Julie claims to never have been bored in her life, and with six children in an always active family, it’s no wonder. Julie has always been an avid painter with the aspen parkland area of Lake Lenore acting as her inspiration. Her canvas landscapes and painted rocks tell a story of the region and the farming legacy. With iconic red barns, tangles of populars, wide open skies, and the familiar Lenore Lake in the background of many, she’s woven an artistic tapestry over the years.

“I used to go to art galleries when I was in Toronto. I like prairie landscapes, I used to have a camera along and take a picture. But it would never look the same. It was something to go by.” She has given many paintings away over the years, taking a pause from her artistic endeavours as she raised her family. Her paintings have gone into art shows and many are in private collections. She’s a prairie realist at heart whose work has exported the Lake Lenore experience to many locales.

These days, she follows her passions of reading, and is grateful for the supply of large print books available at her home in Caleb Village. She’s an avid baseball lover and follows curling, two staple sports for the area.

While Julie has no particular prescription for living a long life, one only has to listen to her stories and her jokes to know her zest for life and her sense of humour are infectious and at the heart of who she is.

“I’ll tell you this story about this guy who had a birthday. He was 90 year old, and he was asked, ‘if you were to live your life over again,  would you make the same mistakes again?’ And he said, I sure would, I’d just start earlier.’”

It’s that combination of wisdom and mirth that has seen her through her 100 years, and we hope will continue to shine long into the future. 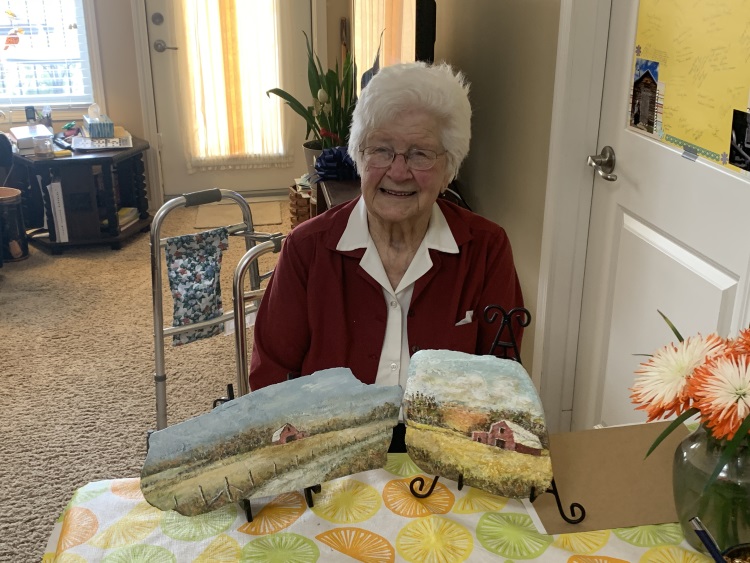 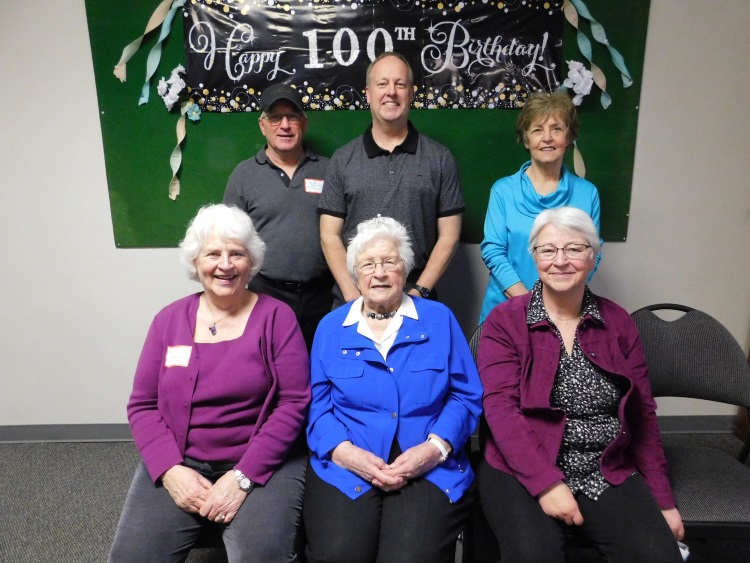