Lake Lenore comes through for the Food Bank

As they have done for years in Lake Lenore, a service organization, a local business, and the school banded together in the true spirit of community. The Lake Lenore Lions, Lake Lenore Ag Co-op, and the Lake Lenore School once again joined forces in providing a massive donation for the Humboldt and District Food Bank.

Beryl Bauer with the Lake Lenore Lions talks about the pooling of contributions.

The Lake Lenore Lions Club took advantage of the opportunity to secure a community impact grant from the Lions International Foundation for $2200, explained Bauer. That money was also spent on groceries destined for the Food Bank on December 20.

Finally, the Lake Lenore Agro Co-op pitched in $3000 and went on a similar shopping excursion to load up a wagon to head south to Humboldt and the Food Bank. Just over $6000 in goods made its way in a caravan to support those in the area who need it.

“Some of the Lions, some kids from the school and a couple of the Co-op employees are heading down,” said Bauer, just before the travellers set out.

The group was met by Food Bank Director Amy Shepherd and volunteer Vince Leonard to help off-load an impressive amount of food that will go a long way to helping folks in the holiday season and into the new year.

These groups are among many who have enacted the spirit of the season, but in Lake Lenore, where everyone pitches in together, it’s a tradition that strengthens the foundation of the generous community. 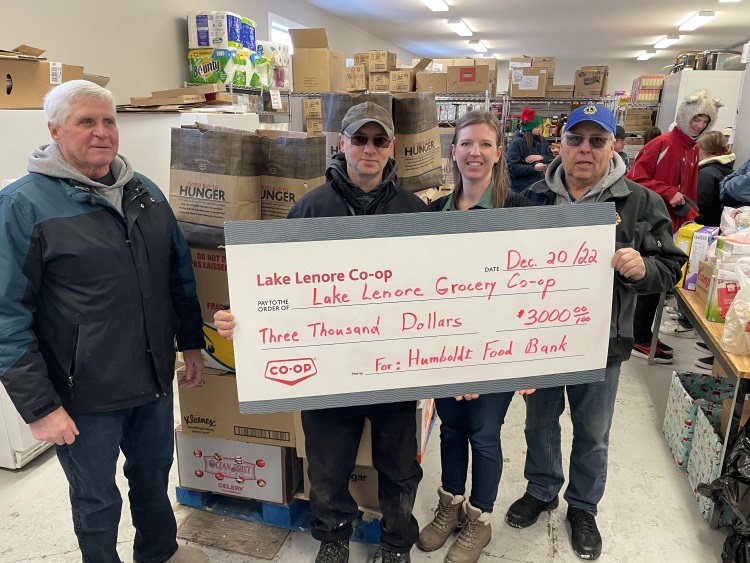 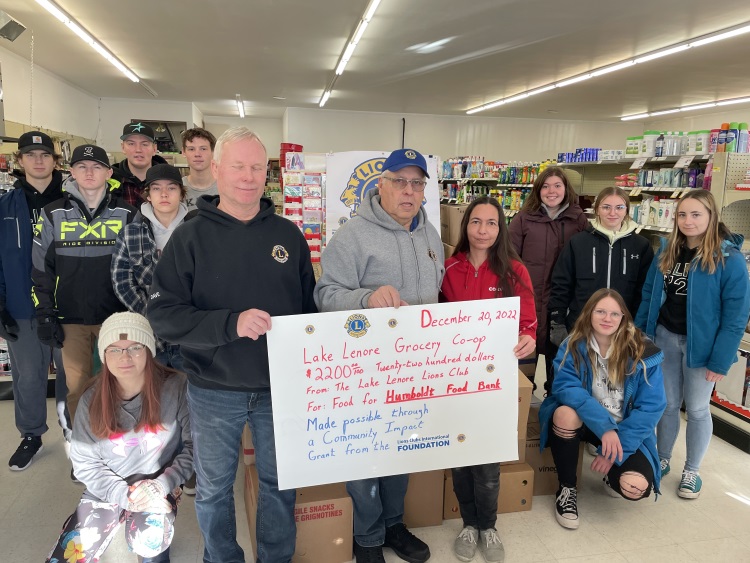 Ribbon skirt workshop in Humboldt open for all