The current site of the SaskPower switching station near Lanigan may soon house a new natural gas power generation station. That’s the word from SaskPower officials who are working on plans and gathering feedback on the proposed 370 megawatt station slated for just south of Highway 16 about 20 kilometers west of Lanigan. The project would be similar in nature to the Chinook Power Station near Swift Current and the Great Plains Power Station currently under construction in Moose Jaw’s industrial area.

SaskPower held a community information session at the Lanigan Town Hall on July 27th where project manager Riley Chesterton explained the need for the generation station.

“There’s increased demand for electricity, and there’s more stringent regulatory requirements to reduce carbon emissions. So what that means with the combination to meet that goal, we’ll have to retire conventional coal production and replace that with something. What we’re replacing it with in the interim is natural gas.”

Natural gas produces half the emissions of coal in plants such as the Boundary Dam and Shand Stations near Estevan and the Poplar River Station near Coronach. As those facilities reach their end of life near 2030, the need for cleaner electricity drives SaskPower’s explorations into other avenues including wind and solar generation and nuclear power through small modular reactors (SMR). However, natural gas provides a more immediate option as technologies in renewable resources continue to be advanced.

As for the selected location of the proposed new plant, Chesterton says there were multiple considerations.

“It was just off Highway 16 and very close to our Wolverine Switching Station. There’s the availability of water; we have wells on site. We’re just reaching out to the local homeowners and the community around Lanigan to get their feedback and concerns, and make sure we are addressing them.”

Prior to any groundbreaking, SaskPower’s environmental team does a deep-dive into the area to understand any sensitivities and address them with local residents, explains Lara Ludwig with SaskPower public engagement.

“We’ll make sure of what’s there, and that’s part of what we are asking the community - what have they observed in the area, before we send out surveyors. As the project advances, we can factor things in, so we’ll avoid certain drainage areas. We’ll avoid certain activities during nesting season, and things like that.”

Like any major industrial undertaking, construction will have some impact, including noise. While the company claims some noise is unavoidable, the site is a rural area and construction noise of around 60 decibels is possible for a limited number of days. A SaskPower infographic likens the noise to a voice conversation.

As for ongoing operation should the plant come online, the noise would be 40-50 decibels from the nearest house. The power would be generated by large turbines, not unlike those in a jet engine, says Chesterton. The simple cycle would generate electricity directly from the turbine drive fuelled by natural gas. A combined cycle can also be employed whereby heat exhaust from the engine is captured to heat water and produce steam to drive ancillary turbines, thereby creating another efficient stream of electricity.

The project is in the planning stages with studies and consultations being undertaken. Reports must be submitted to provincial and federal regulatory agencies for approval, says Chesterton, before any actual work can begin.

“We will start breaking ground potentially in 2024, but definitely in 2025,” explains Chesterton. “That’s when we’ll start doing underground hookups and piping. We’ll have pilings, which is where the majority of noise may come from. We’re expecting to have the simple cycle operational for 2027 and the complex cycle a year later in 2028.”

The plant is expected to generate enough energy to power about 370,000 homes while helping SaskPower toward its goal of reducing carbon dioxide emissions by at least 50 percent from 2005 levels by 2030. More information on this and SaskPower’s other projects is available at saskpower.com/futuresupply. To connect for information, email PublicEngagement@saskpower.com. 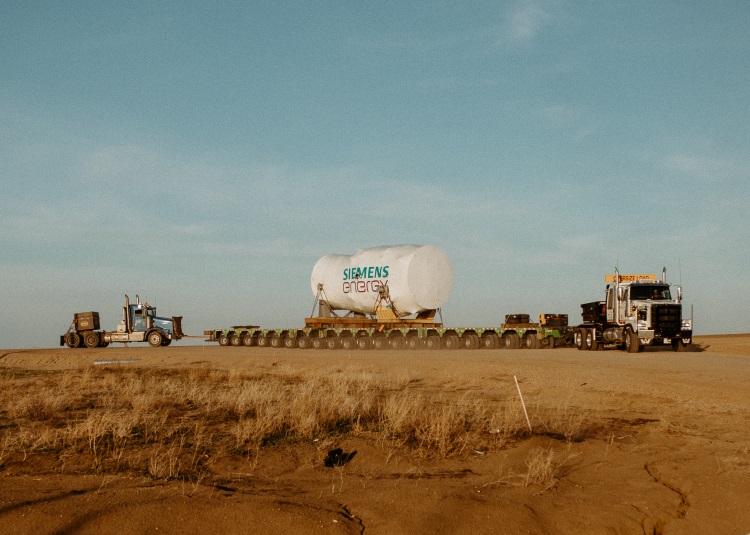 Fertilizer prices continue to be impacted by the current global situation