The unique sculpture exhibit entitled Passages, on now at the Humboldt and District Gallery, is the product of a collaboration between two well-established Saskatchewan artists. Paula Cooley and Louisa Ferguson have joined forces to create striking pieces that reflect each artist’s interests and media. Now, the pair have found a new vehicle, metal, that literally and figuratively welds the two visions. The artists appeared for an opening event on Saturday, July 9 for a meet and discussion of the new exhibition.

At the centre of the display is a striking composition of metal glass and ceramic that delivers an aquatic presence. A cage fashioned in the shape of a boat was the work of Ferguson, including an eye-catching large glass piece that simulates water, while Cooley worked on metal currents and ceramic fish set adrift on cleverly crafted stands. The effort smacks of an outdoor prairie lake experience, both serene and provocative with the fusion of metal, glass and ceramic.

Cooley typically works with clay while Ferguson’s work is grounded in glass. When Ferguson applied for a mentorship with Cooley through national arts agency CARFAC, the two began a mutual exploration of metal work.

“We challenged ourselves to work in metal with this exhibition,” explains Cooley. “We worked with a really talented blacksmith in Saskatoon, M. Craig Campbell, who basically taught us the skills which we could then take and translate into sculpture.”

Campbell generously donated use of his workshop to the pair every second Friday. Cooley and Ferguson faithfully joined him to take advantage of the necessary equipment and his supervision and guidance through the process. Each session lasted about 6 to 8 hours.

Ferguson says that the guidance was critical in completing some of the pieces.
“We would talk to Craig and say this is what we are thinking - we’d like to build this kind of structure, and Craig would say ‘that’s a possibility,’ or ‘no, you’re going to have to do it this way because of the structure of metal,’ so he kind of worked us through the entire process.”

The result is a fusion of three-dimensional forms, at times angular with the metal, and at other times fluid with the glass work and clay. That’s the advantage to adding metal, says Cooley. She is able to create forms using the forged and powerhammers in metal that she would be unable to in clay.

Ferguson’s focus is to incorporate the natural materials that have been the basis of art work for thousands of years. Glass, metal and clay are among those materials. By pulling out and teasing the materials, those traditional practices now have a novel and contemporary result.

“For example, in ‘Ice Bound Boat Cage’, the actual boat shape is made by stacking two by fours and carving them into shapes. The ribbing is made of metal work, and the top is made of fused glass. It’s bringing the three ways of working - metalsmithing, carpentry and glass - into a contemporary piece, but still speaking to the history of the piece.”

The finished result evokes images of a Viking long ship with a spin of modern sensibility.

Cooley maintains a studio in Saskatoon for her original clay designs, and Ferguson, who is known for her work with Dancing Sky Theatre in Meacham, along with husband Angus, works from there.

The initial mentorship blossomed into a visionary partnership that led to the exhibition now on at the Gallery through to September. 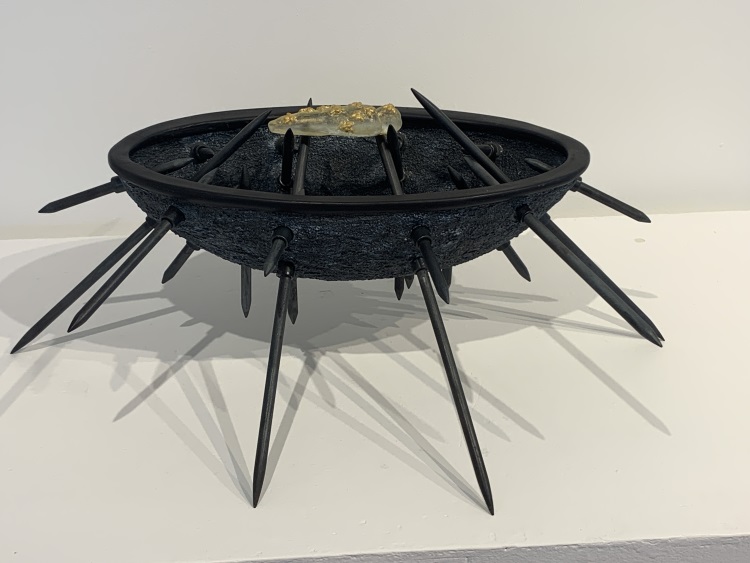 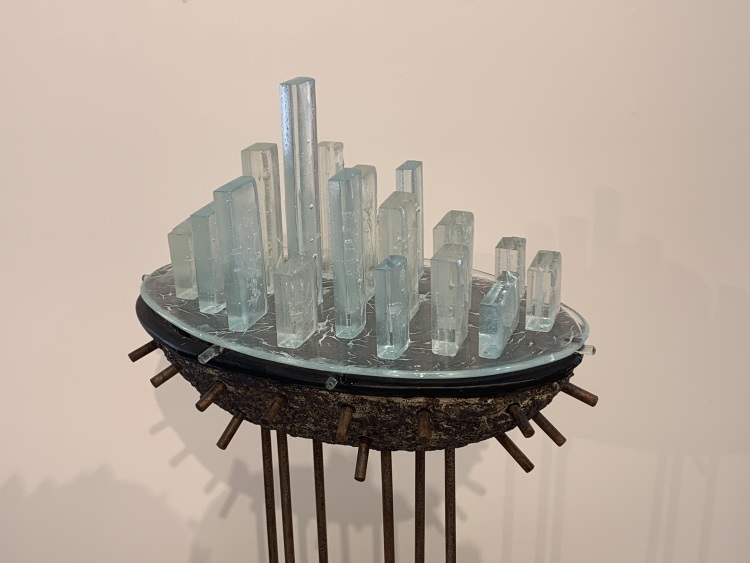 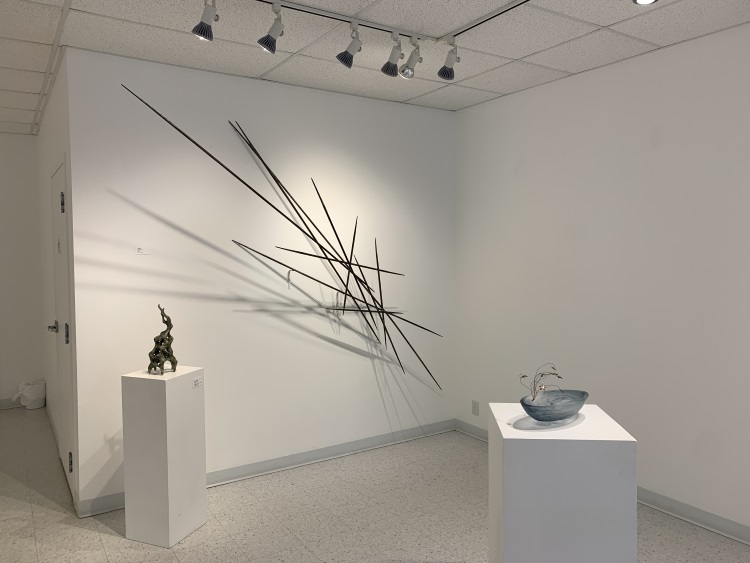 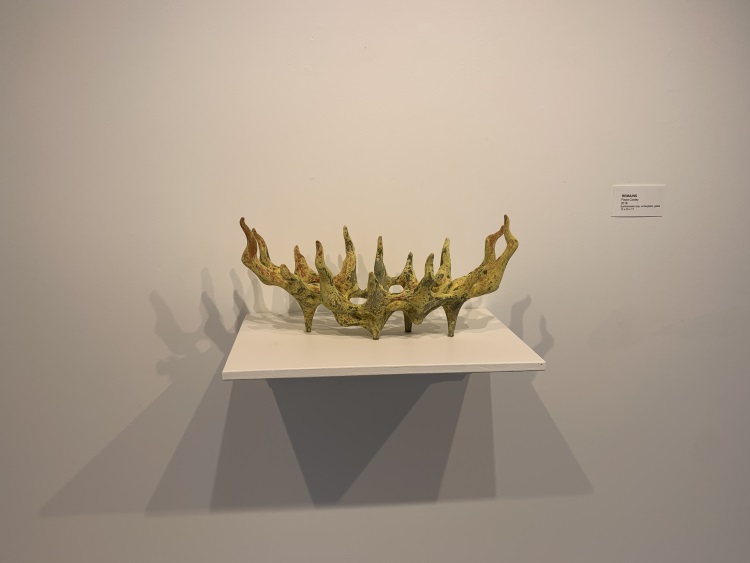 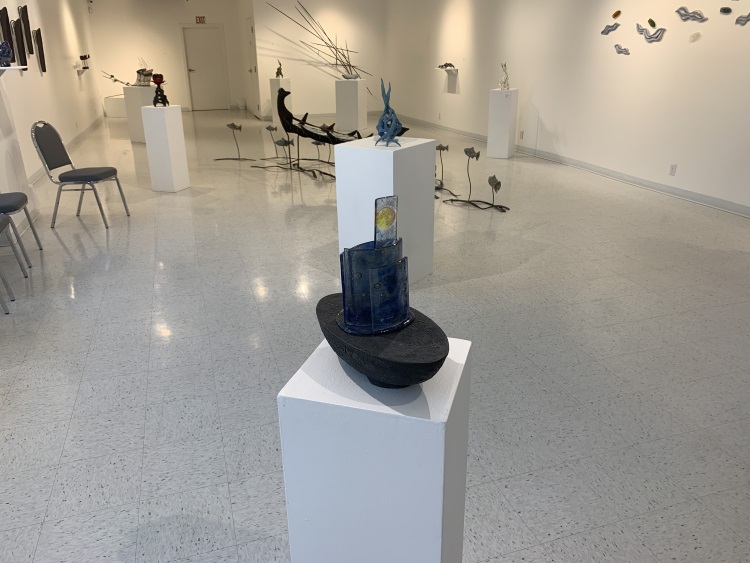