The Canada Day long weekend was a busy one for the East Central 18U AAA Red Sox with their doubleheader on Canada Day against the Parkland Expos.

The opening match saw the Red Sox take an early lead on a Cooper Isherwood single that drove in two. The Red Sox doubled up for a 4-2 win. Starting pitcher Cam Marshak teamed up with Marek Yeager and Carter Dosch in relief to take the win.

In the second game, the Expos unleashed a flurry of six runs in the fifth and another 4 in the sixth to walk away with a decisive 13-2 victory.

Then on Sunday in the first of a pair with the Regina Wolfpack, pitchers Dallen Rude and Joe Stawarz engaged in a low count duel. Only Marek Yeager's single to score Joel Bauml made the difference in the 1-zip win.

The Pack looked for revenge opening with 3 runs in the second game, but a 4 run fourth inning for the Sox steered them back to a 7-5 victory. Jack Biemans and Cam Marshak both hit multiples on the way to the win.

The Red Sox are back on the road tomorrow for a makeup double against the Sask5 Giants.

A special shoutout to the Muenster Elks, The Muenster Day Care Committee, and all the volunteers and cooks who helped but on a delicious Canada Day rib supper. 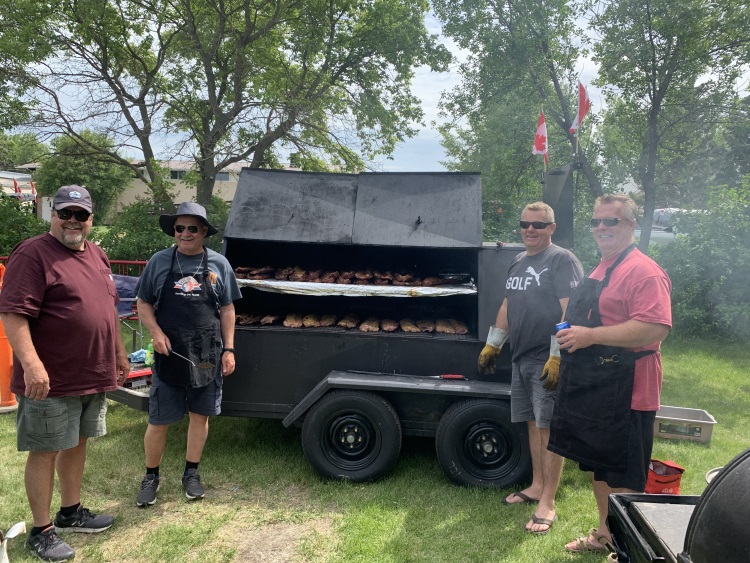 The Marysburg Royals split their home field finale on Sunday