Stay up to date on the Broncos Tribute Centre Project. Learn more…

There was much to celebrate at Lake Lenore School on Friday, June 10 as staff, students, parents and presenters gathered for its Celebration Day. The day marks the achievements of all students in the academic and athletic realm and allows the community to reflect on the successes of all involved.

Two special awards were handed out, one recognizing the contributions of the late Dayna Brons in the school and community, and one celebrating the life of Craig Hartl, a selfless and giving young man, who was lost at the start of 2018.

“As a former student of Lake Lenore, Dayna truly lived life as a Lake Lenore Lancer,” said Brons. “Self-discipline, responsibility, commitment and responsibility. Dayna participated in many sports and was an active member of the school community and volunteer in the community. She was not one to seek the spotlight, but she managed to make an impression on many people.”

The fourth edition of the scholarship went to graduating Lancer, Olivia Gerwing, who Carol Brons said exhibited many of the traits of her own daughter.

Kim Hartl presented the Craig Hartl Memorial Scholarship on behalf of the Hartl Family. She spoke of Craig’s heartfelt and deep-seated belief in supporting those around him.

“Craig believed that being kind to others and helping others was an important part of life,” said Kim Hartl. “The individual to receive the award is planning on becoming a teacher; therefore she makes a very fitting candidate to follow the example and to help, through teaching, future generations of children.”

Hannah Irlbeck was the award recipient.

The 2021-22 school year also marked a return to school sporting events, and teacher and coach Curtis Strueby led the celebration for what can only be called a remarkable year in school athletics. Along with the support of co-op athletes from Muenster, Annaheim, and Three Lakes School, the Lancers brought back 17 provincial medals in team and individual endeavours over the past year, a remarkable feat for a small school.

The celebration also included a nod to Harlee Brinkman for her recent publication in Windscript Magazine, the premier literary journal of high school writing. Her powerful poem speaks to youth mental health issues and the nature of appearance versus truth in addressing those concerns.

The awards were punctuated by wonderful performances by the elementary school students and a masterful video that highlighted a year worth celebrating in Lake Lenore School. 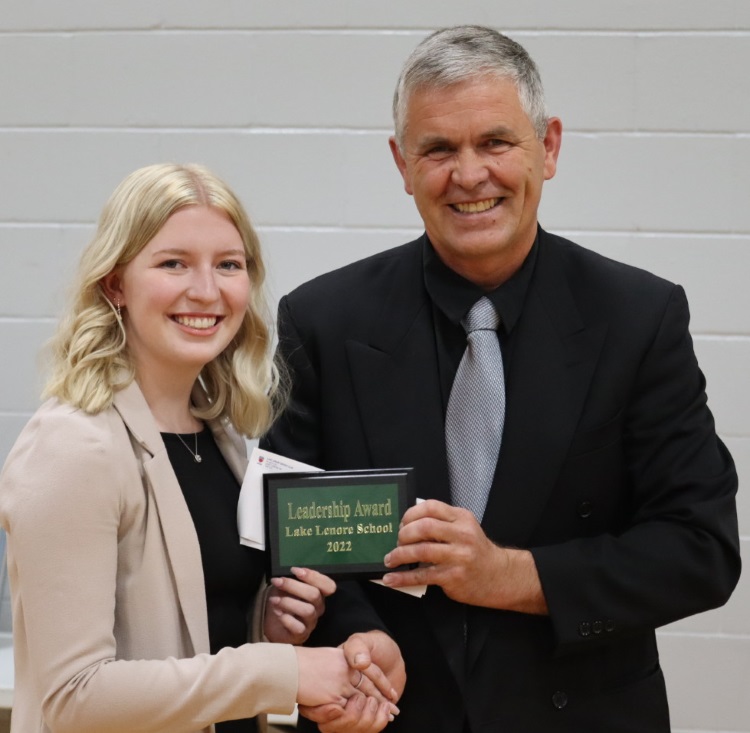 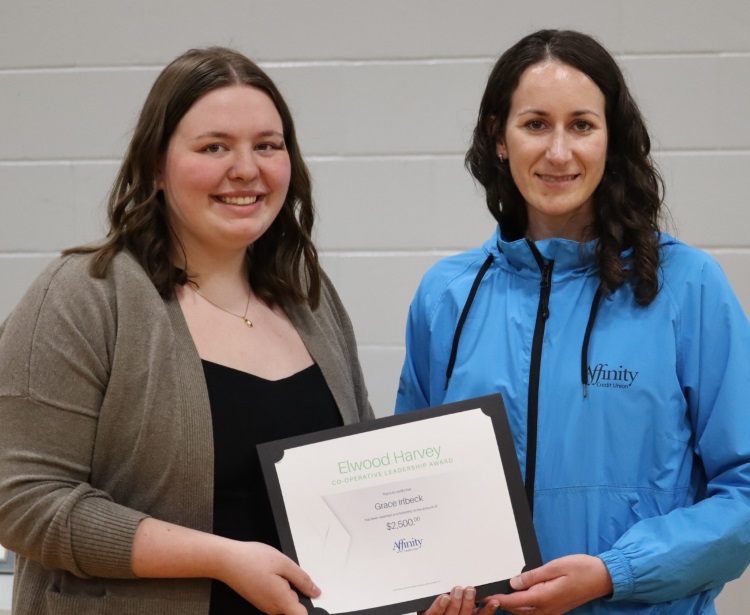 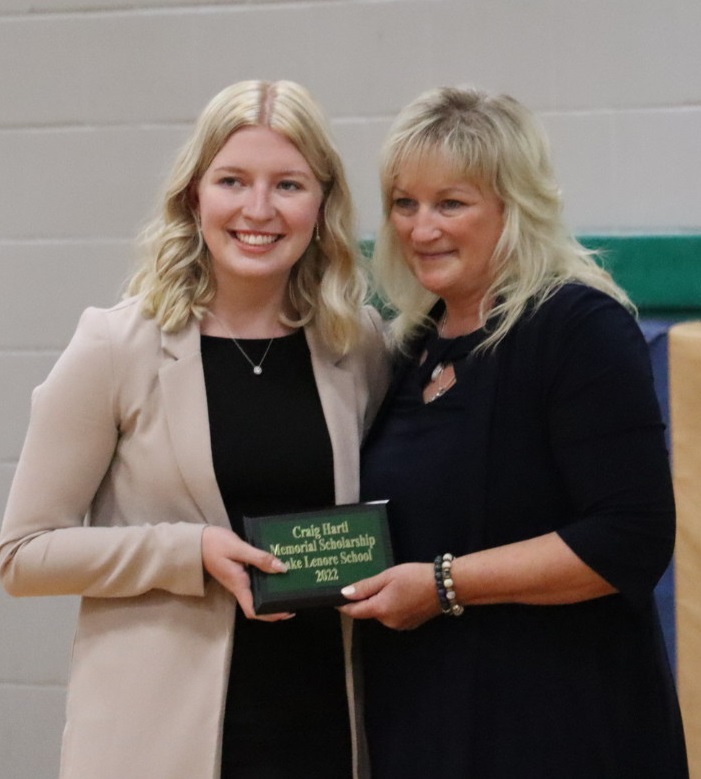 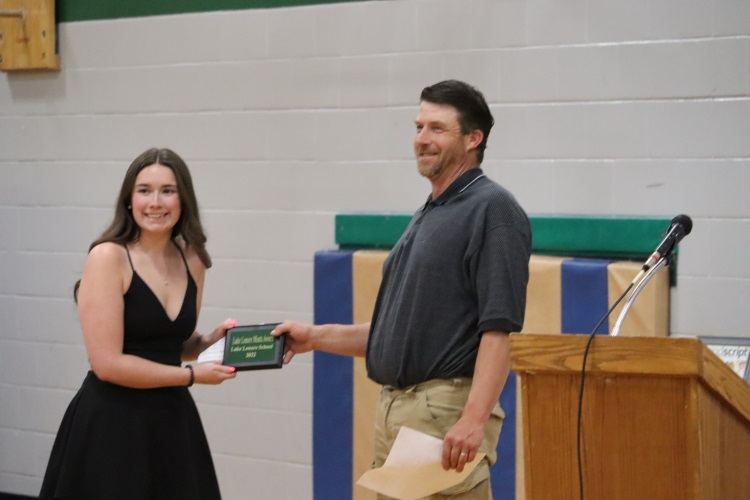 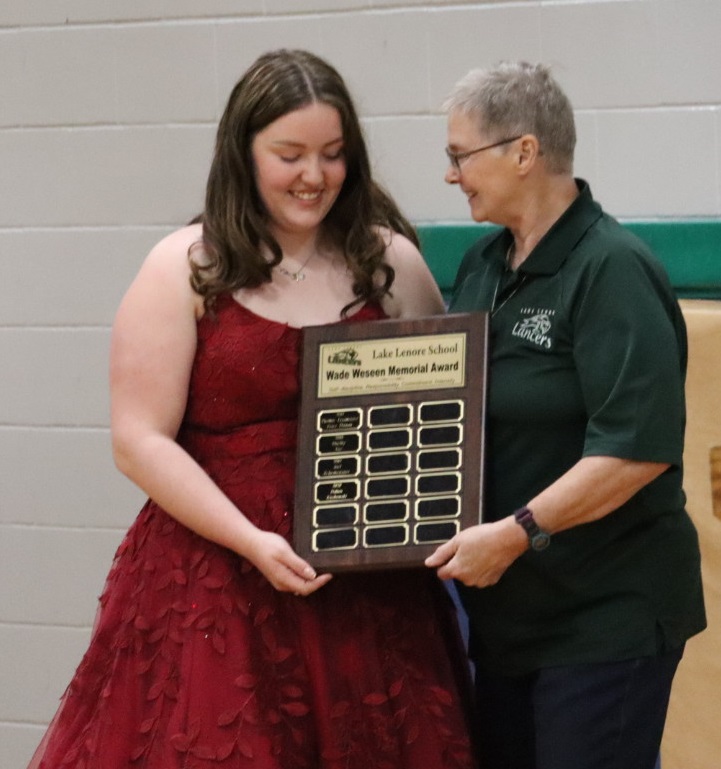 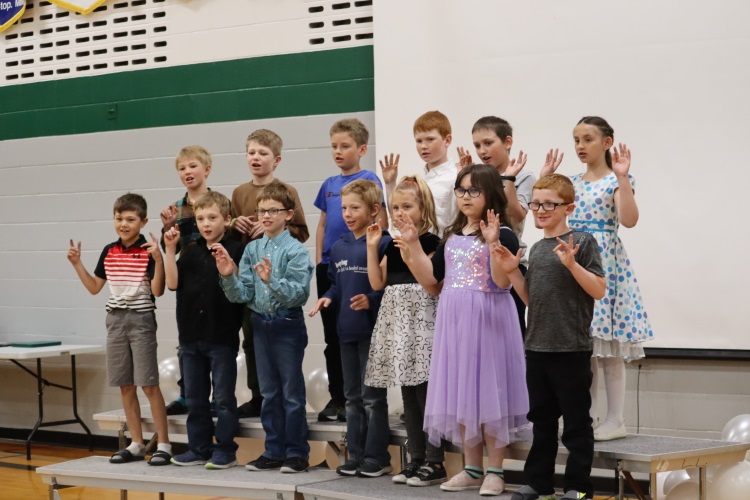 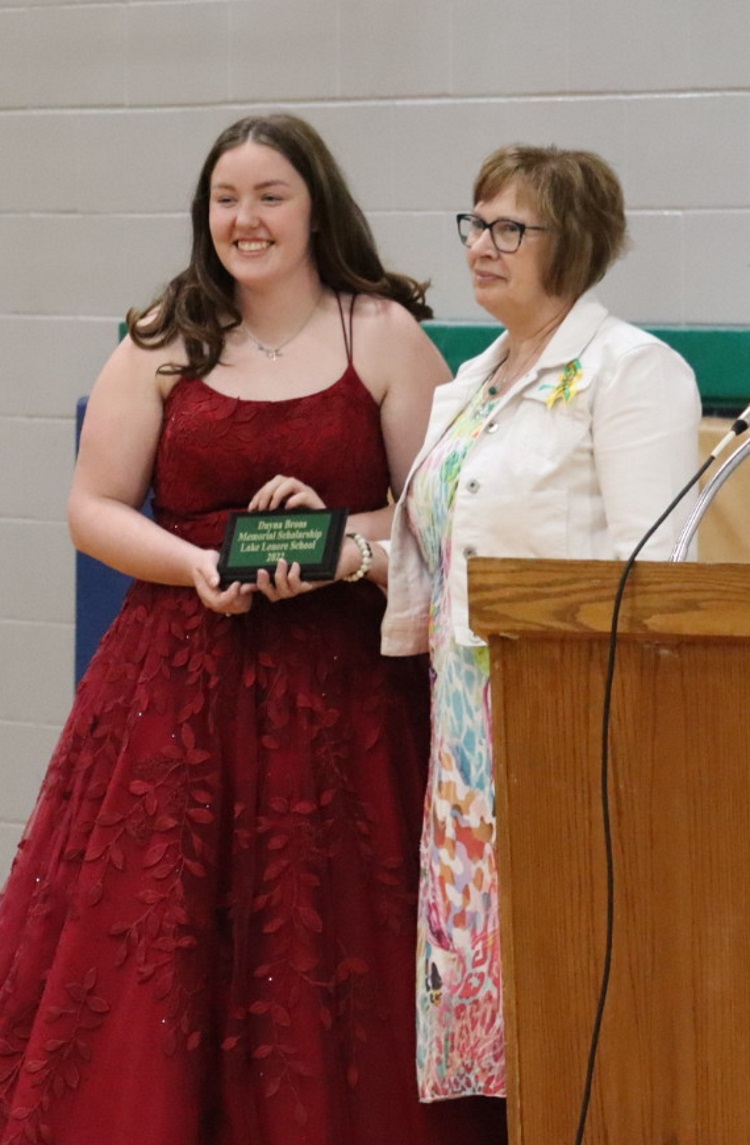 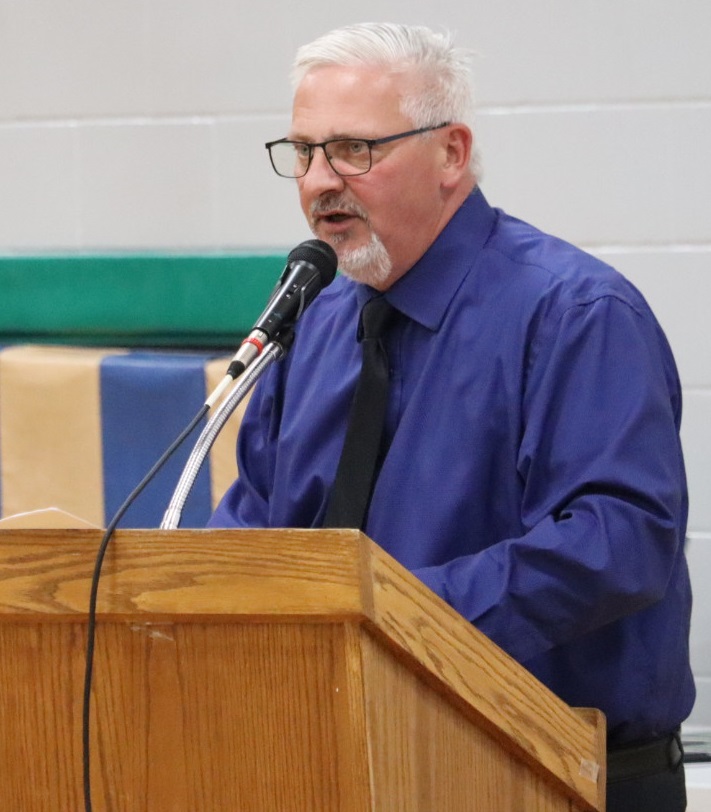