The north side of Humboldt’s City Hall is now adorned with a delightful, bright and striking testament to the power of art to help healing. Indigenous Peoples Day on June 21 saw the unveiling of the anticipated mural by Indigenous artist Kevin PeeAce with a little help from his friends … a lot of friends.

The artist embarked on a visual journey along with the support of children from Humboldt’s schools. In a project supported by St. Augustine, St. Dominic and Humboldt Public schools, and spearheaded by Cultural Programs Director Jennifer Fitzpatrick, PeeAce took the suggestions of students on ways to communicate Truth and Reconciliation in a graphic idea for all to share.

PeeAce is a residential school survivor originally from Kelvington, Yellow Quill First Nation and Peter Chapman First Nation. When he talks of his experience in the residential school system, it’s a noticeably emotional experience. PeeAce continues to work on mastering his craft as a means of healing and as a means of communicating with others, particularly the children with whom he collaborates. At the ceremony unveiling the mural, Kevin talked about the collaboration with the Humboldt youth.

“Initially we went through Zoom and we talked about Reconciliation,” he explained. “We talked about what it means to them. I asked them to go a step further and to put it on paper, just so I could see what it meant. The response was overwhelming, and you can imagine with the different schools, the ideas that came out of there were phenomenal.”

PeeAce says “the engine” of the mural was contained in all the ideas the children put forward. The trick was to piece together those ideas into a cohesive vision that would harmonize the message. That’s the job of the artist, PeeAce reflects, to put himself “outside of himself” to create an experience for others to enjoy.

Many of the school children assembled at City Hall to enjoy performances by Dancing Horse Troupe and discussion with Horizon School Division’s Bryan McNabb, Chief Byron Bitternose and Humboldt Mayor Michael Behiel. Seeing his collaborators gather together for a picture with PeeAce was a moving experience, said PeeAce.

“It was very emotional, for sure. I think back in my past, and this kind of day, we’d never see these kinds of days like that, and to see it now makes me feel … hopeful. That’s what kind of day today brought, and the mural is just an extension of the relationship.”

Mayor Behiel reiterated his promise from earlier in the day to see a community wide celebration next year on Indigenous Peoples Day. Dancing Horse Troupe will be making a return visit to Humboldt for the Multicultural Celebration on July 1 at Water Ridge Park. 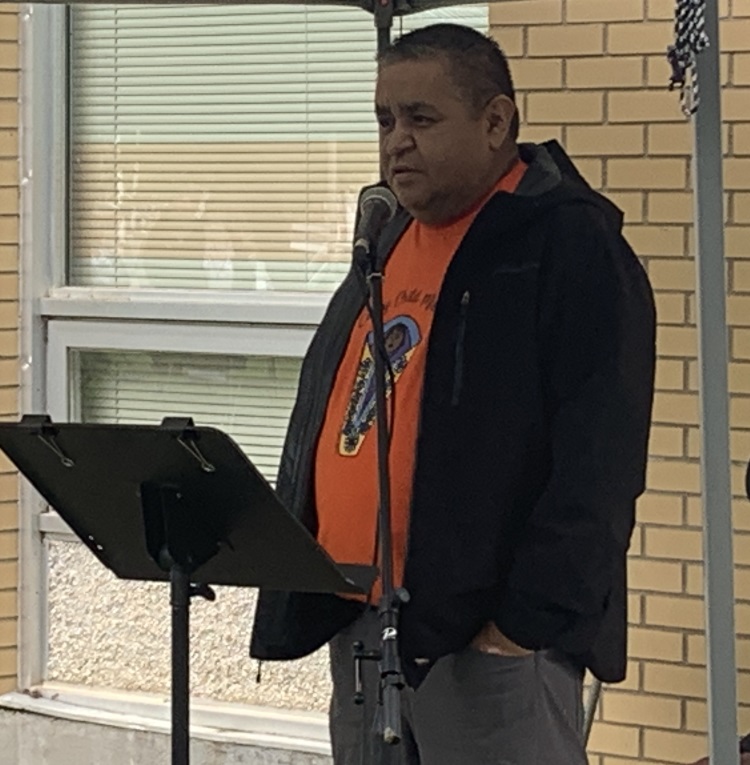 Red Sox squeak by Diamondbacks in a pitchers' duel